Could miners gang up and give themselves money?

Could miners gang up and give themselves money?

Mining itself is the process of creating new blocks in the block chain. Each block contains a list of all the transactions that have taken place across the entire Bitcoin network since the last block was created, as well as a hash of the previous block. New blocks are 'mined', or rather, generated, by Bitcoin clients correctly guessing sequences of characters in codes called 'hashes,' which are created using information from previous blocks. Bitcoin users may download specialized 'mining' software, which allows them to dedicate some amount of their processing power – however large or small – to guessing at strings within the hash of the previous block. Whoever makes the right guess first, thus creating a new block, receives a reward in Bitcoins.

The block chain is one of the two structures that makes Bitcoin secure, the other being the public-key encryption system on which Bitcoin trade is based. The block chain assures that not only is every single transaction that ever takes place recorded, but that every single transaction is recorded on the computer of anyone who chooses to store the relevant information. Many, many users have complete records of every transaction in Bitcoins history readily available to them at any point, and anyone who wants in the information can obtain it with ease. These things make Bitcoin very hard to fool.

The Bitcoin network takes considerable processing power to run, and since those with the most processing power can make the most guesses, those who put the most power toward to sustaining the network earn the most currency. Each correct guess yields, at present, twenty-five Bitcoins, and as Bitcoins are presently worth something (although the value still fluctuates) every miner who earns any number of Bitcoins makes money. Some miners pull in Bitcoins on their own; and some also join or form pools wherein all who contribute earn a share of the profits.

Therefore, first answer is a vehement “yes” – not only can miners collude to get more money, Bitcoin is designed to encourage them to do so. Bitcoin pools are communal affairs, and there is nothing dishonest or underhanded about them.

Of course, the real question is: 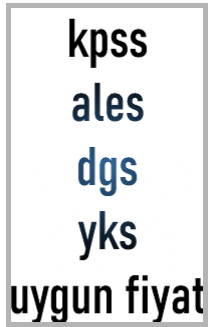